When we show our respect for other living things, they respond with respect for us. ~ Native American proverb

They did not grab much attention in the mainstream news, partly because of the negative, noisy US presidential election season. But the Standing Rock pipeline protesters in North Dakota, in my opinion, deserve a hearing. Apparently, they’re not going to get much of one.

As you may know, the protests are over the Dakota Access Pipeline construction in North Dakota, near the Standing Rock Sioux Reservation. The Standing Rock tribe and environmentalists are arguing the US Army Corps, which approved the pipeline last July, failed to adequately consider its impact on sacred Sioux sites.

There’s far more to it, but that’s a short summary of what’s going on.

However, today we want to talk not about politics, protests, or whatever—there’s already too much focus on all that’s “wrong” with our world. We want to talk about something uplifting and positive—something that came out of the Standing Rock protests.

Native Americans have historically honored the land and all its wild creatures. So it’s not surprising the land and the animals should have a special bond with the tribes.

About a week ago, a herd of wild bison (buffalo) appeared, seemingly out of nowhere, at the protests. About the same time, a golden eagle appeared.

Did these wild, “dumb” animals just happen to stumble upon the scene of the protests? Or were they coming to support the tribe in their efforts to honor the tribal lands and sacred sites?

My spirit guides said once, in our Spirit Oracle Cards, “Animals…are often your teachers. They have little to learn from you. But  you have much to learn from them.”

If you know someone who could benefit from this post, please forward it to them with a personal note. 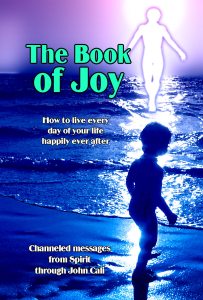 If you would like to receive our free newsletter and a free copy of The Book of Joy: How To Live Every Day of Your Life Happily Ever After, please visit here.

Here are two short videos taken at the site of the Standing Rock pipeline protests. The first features images of the bison and the golden eagle who appeared at the protests. The second video was filmed as the bison herd came thundering into the protest area.

What other subjects would you like us to talk about in these posts? Please email me.

This site uses Akismet to reduce spam. Learn how your comment data is processed.

Number of items in cart: 0

Get Inspiration from Spirit

Receive our inspirational ebook, The Book of Joy, when you sign up for the weekly messages.

How can we communicate with our spirit guides? That's a question we get asked often. It's also the focus of our mobile application, "Messages from Spirit".

A beautiful deck of 48 cards that can give you insights into your daily life issues. Put the app on your mobile device, and get a reading anytime you want.
Click here for more information and try the app for free!

The Spirit Animal Oracle Cards app is a beautifully illustrated oracle deck, that will help you reconnect with benevolent and wise animal spirits. Use this deck to get deep reflections and insights about your daily issues or long term projects.

"Beyond Affirmations" guided meditations by Barbara Clark, offer you a simple and safe way to take care of your physical, emotional and spiritual health and well-being. Designed to support your healing process, these peaceful yet powerful meditations guide you through releasing the specific emotional issues which create pain and psychological blocks.